Last time I told you about a power vent I installed in the attic of my garage. I also explained that installing the two piece intake vents was gonna be a treat because the two halves need to snap together and I can't access the outside area of the vents. Heres a pic of the completed project at the far end of the attic. Why two vents? I dunno, Maybe symmetry, uniformity or possibly feng shui. Actually, two seemed better than one and they were cheap. Notice no consideration was given to square footage of vent needed to feed the fan. When I was up there earlier I couldn't help but notice the amount of daylight peeking around all the soffit edges. I don't think air intake is gonna be an issue. 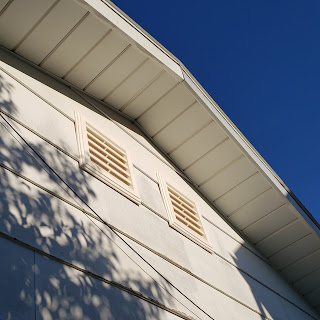 I don't want to put  lot of weight up here but now that I've installed that attic ladder I have about ten feet by thirty five feet of storage space available. 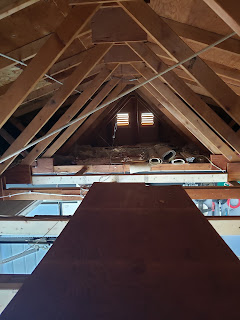 This was the first vent hole. As you can see there is a glass greenhouse blocking my ability to stand a ladder against the building. Once I cut the second hole I just reached through it to install the first vent. 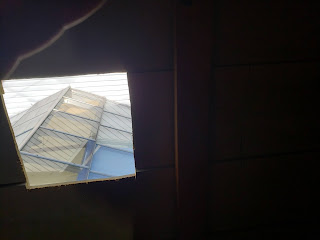 I did this project in the morning but the heat was still miserable. My idea of using strings to play puppet master and finagle the second vent into place did eventually work. It took about an hour and at one point I had to come down and stretch my legs for a bit. Thats one sucky job that I'm glad is over. 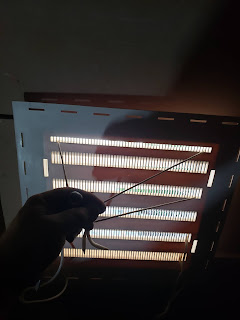 Heres a look in the other direction. 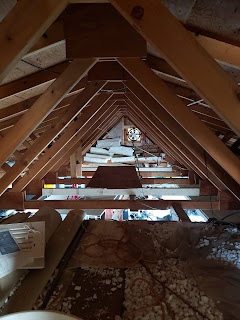 Next stop, insulation. Another fun job in the heat. Oh did I mention? Its all over head work.
Later.
Posted by Scott Seidl at 5:46 AM