It Was Nineteen Years Ago Yesterday...

...when I hit a deer with my motorcycle. That little incident earned me a week in the hospital. You can read all about it here.
I spent a good part of yesterdays work day thinking about if I wanted to go for a ride that evening. When I got home the sun was shining and the temperature was in the mid sixties so I was leaning towards going. After dinner the amount of time the sun would still be up was diminishing fast so I was leaning towards just saying to hell with a ride and chill in my lazyboy. What happened next was that my phone chimed at me. The special tone it made told me it was an automower in distress. I looked at the app and sure enough one of the units in Berlin was down. Now I had an excuse to go for a ride and set aside the fear of hitting another forest rat. I really feel that if I hadn't gone, that the deer would be the winners and forever scare me from riding at night. I don't want to say that I faced my fears because I don't fear deer but the idea of hitting one again does make me a bit nervous. Obviously I worked myself up thinking about it all day and any other day I'd just throw a leg and ride. 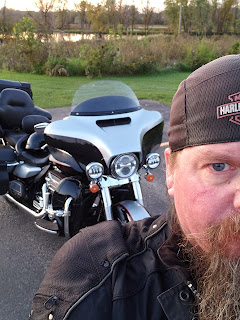 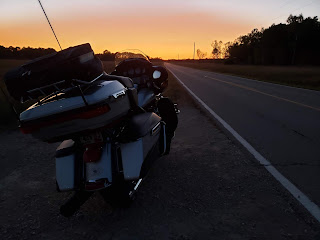 As it turns out I didn't see anything with four legs during this fifty mile ride. Birds, bugs and bats were all that were on the menu last night. I've hit all of those and don't fear hitting another although scraping bat remains off a bike is kinda disgusting.