What is the Rat Turd?


The Rat Turd is a bike I picked up for daily commuting. I wanted something that was reliable and got good gas mileage but also had decent storage space. After checking out the offerings on craigslist I found this 1984 KZ 550 LTD. 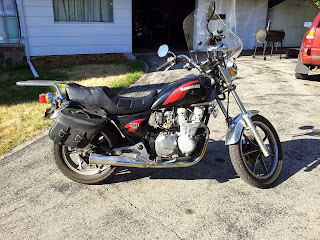 I figured if I was gonna bastardize the bike by cutting the frame, making a storage rack and adding saddlebags I might as well go all out. I started by making a new rear fender and strut. 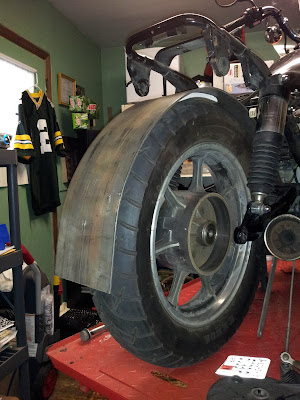 The "crest" you see on the home page hangs on the bottom of this fender. 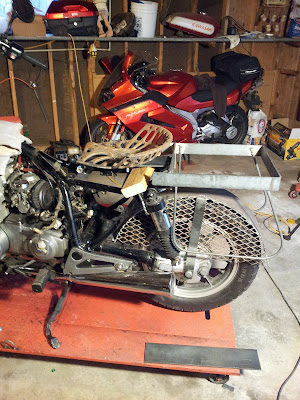 You can also see the rack and mocking up of the tractor seat. 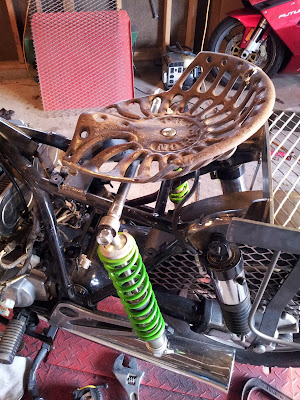 The whole point of the tractor seat and long travel shocks on that seat was for comfort. At that time my back was in pretty bad shape and the combo of seat shocks and air ride rear suspension really made for a cushy ride. In fact, the first outing felt a bit like a ride at the carnival. 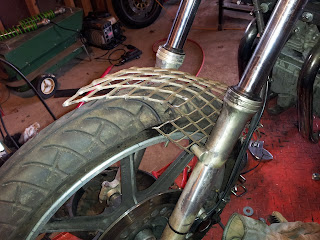 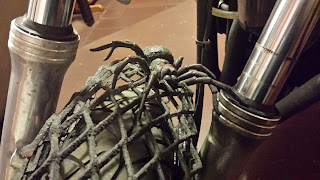 The front fender was a bit of a challenge. Changing or removing it really changes the whole attitude of a bike. Bending expanded metal in two different directions to create this "spider web" was a pain but it was worth it. The fender gets a lot of attention. 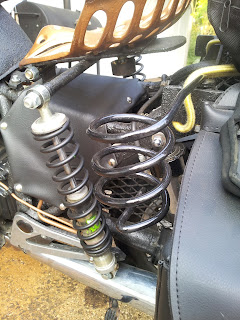 This spiral thingy is my cup holder! 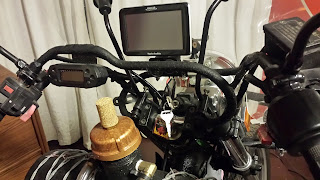 I don't remember when it was, or why, but at some point I wondered about counter steering and how the bars contribute to the ability to lean a bike over. One thing led to another and I made up these crossover bars. The pic is a bit dark but the right bar loops over to the left grip and vice versa. Things are kinda busy in this area of the bike and it turns out most people don't notice this unless it's pointed out. 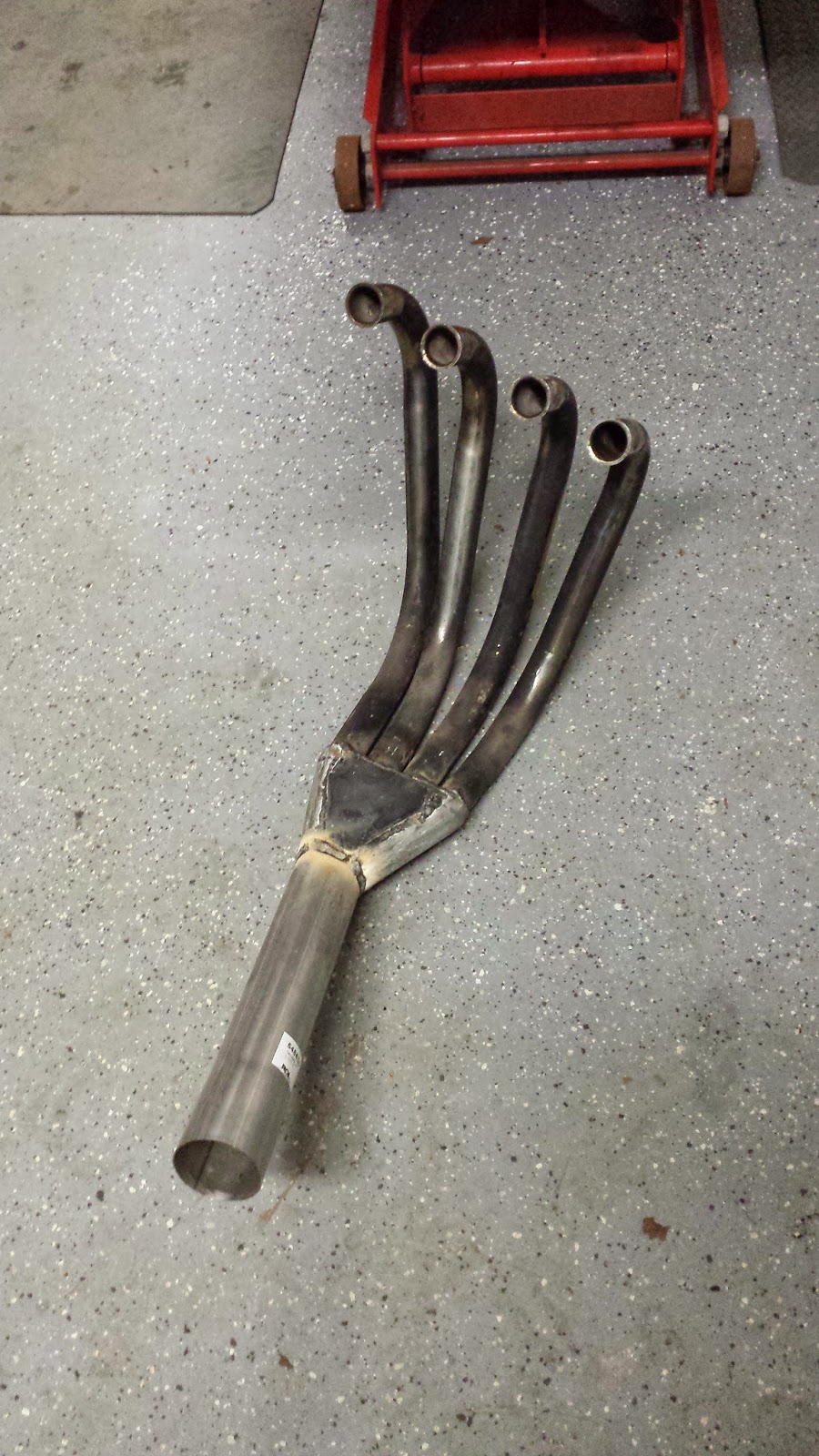 I wanted to build my own exhaust system and started by making this header. I didn't want the muffler to look like anyone elses and I think using barbed wire and a rain flapper really set it apart.. 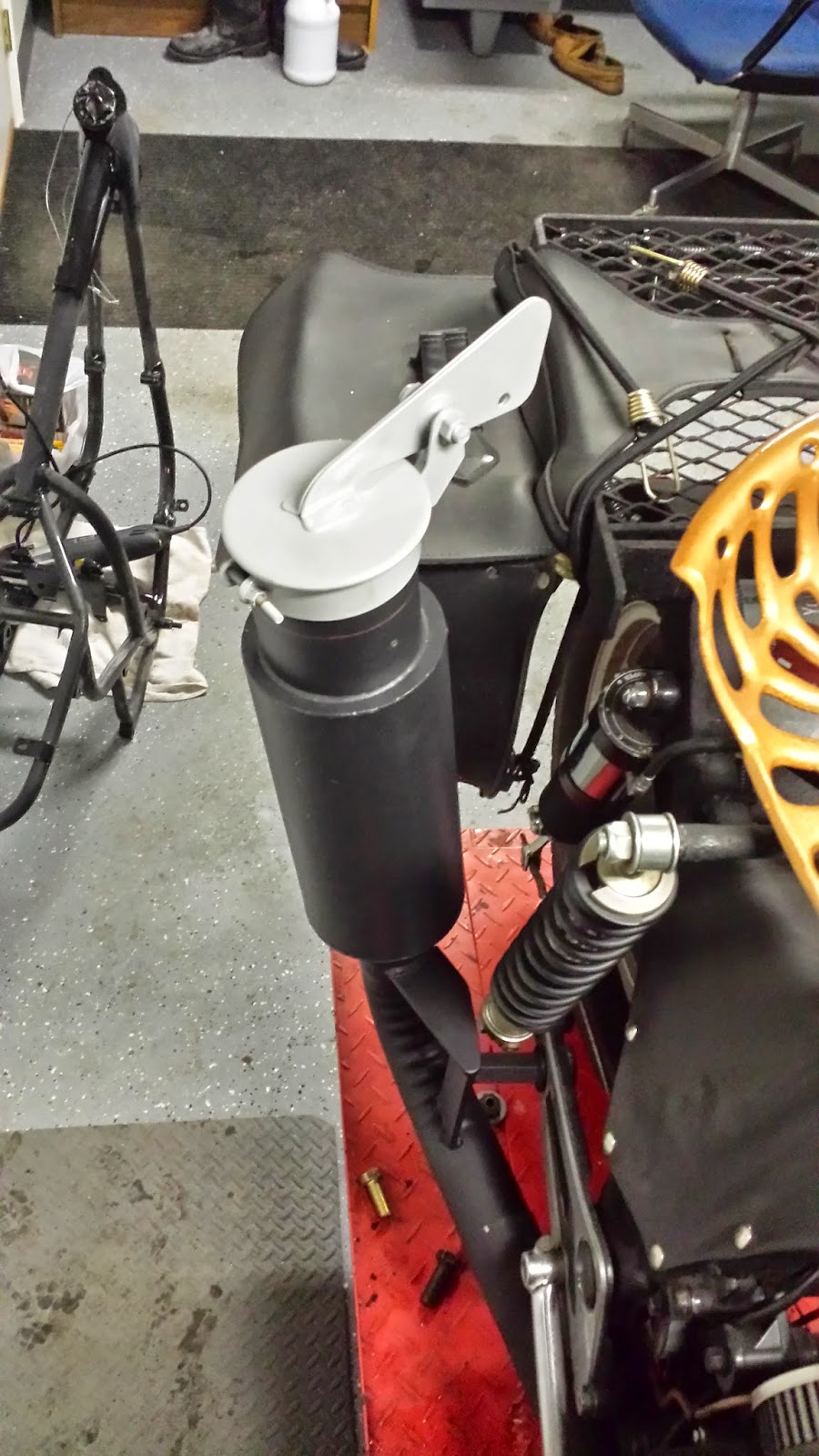 The next logical change was the fuel tank. Again, conventional was not an option. 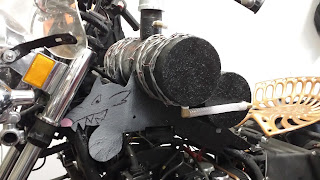 As long as I was cutting the tank mount with a plasma cutter, I decided to get creative and added this rat image from my stickers. The bike is coming together ok but it's not done. They're never done. 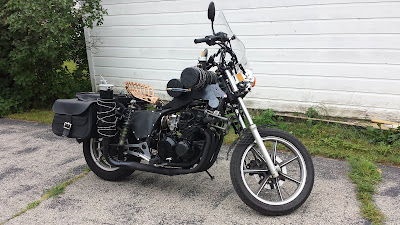