Four Quarts and a Filter

Saturday morning started out late for me. I didn't have to get up early because the boss gave me the day off with the instructions to get on the bike and enjoy what might be one of the last nice Saturdays left this year. I mean, it is November in Wisconsin. Before I could leave there were a few things I wanted to accomplish including some more work on the bathroom remodel. 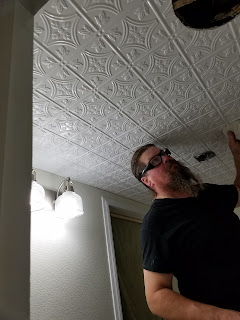 It seems like the ceiling is a bit low but I don't see a problem with that if you're just sitting on the pot. The to-do list still includes crown and base molding, shower stall, vanity and shitter. Oh and the flooring too. Oh, and put the door back on and finish the plumbing. Yikes, it makes me wonder what I've been up to all this time.
Another task that had to be accomplished before I could ride was to wash that two wheeled pig pen I call a bike. It really was bad, covered in a combination of dust from a construction project at work, rain riding and saw dust from hacking big remodeling project pieces of material into smaller ones in my garage.
Once the to-do list was complete the only task left was to decide where to ride. I proclaimed to my wife that the big Ultra was gonna need an oil change soon so we might as well find a dealer and pick up supplies. We packed some "just in case" cold weather gear and headed out. It was such a nice day that the closest dealer and even the second closest dealer were just too close. We picked one about 75 miles away and tried to stay off any major hiways to get there. 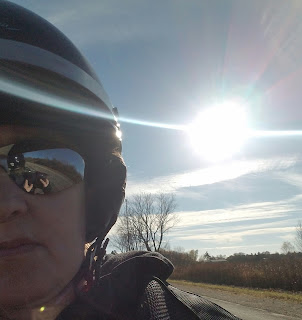 And our very own official on board photographer. We saw a bunch of eagles flying around but those pics didn't turn out. Here are a couple I thought were pretty good considering they were taken with a cell phone while hauling ass down a bumpy back road. 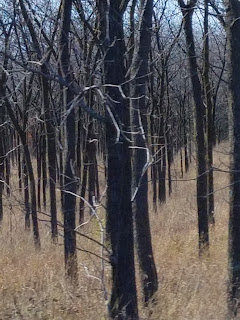 To me this looks like a special effect pic but its not. Kinda cool. 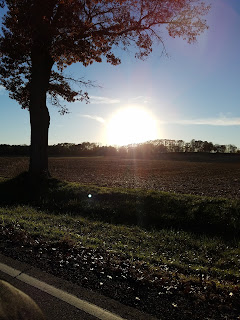 Nothin fancy but I just like this one. The whole day was was illuminated with brilliant sunshine.

Today is supposed to be even nicer than yesterday. A ride is definitely in order and I'm considering just catching the Packer game on the radio while on the road.