Todays blog isn't about what I've been doing in the world of motorcycles because I haven't done much bike related things this past week.
"What the hell?" you say. I know, right. Where will you get your fix of reading about sanding rusty parts and watching paint dry? I don't know but I promise some boring BSA painting story in the near future.
"What was so damn important that you didn't work on the bike?" you ask. Well, it's too cold and icy for commuting to work on a bike and my Isuzu crapped out on me so I had to come up with new wheels. I bought a winter beater and it needed some work.
Coworker Al found it for me. It's a 2000 Dodge Ram 1500, 360 cubic inch v8, 4x4 shortbed. The best part is that I know the guy that owned it from new till a few months ago. The second owner never drove it but did do some work on it. There is no hidden history that may bite me in the ass later. 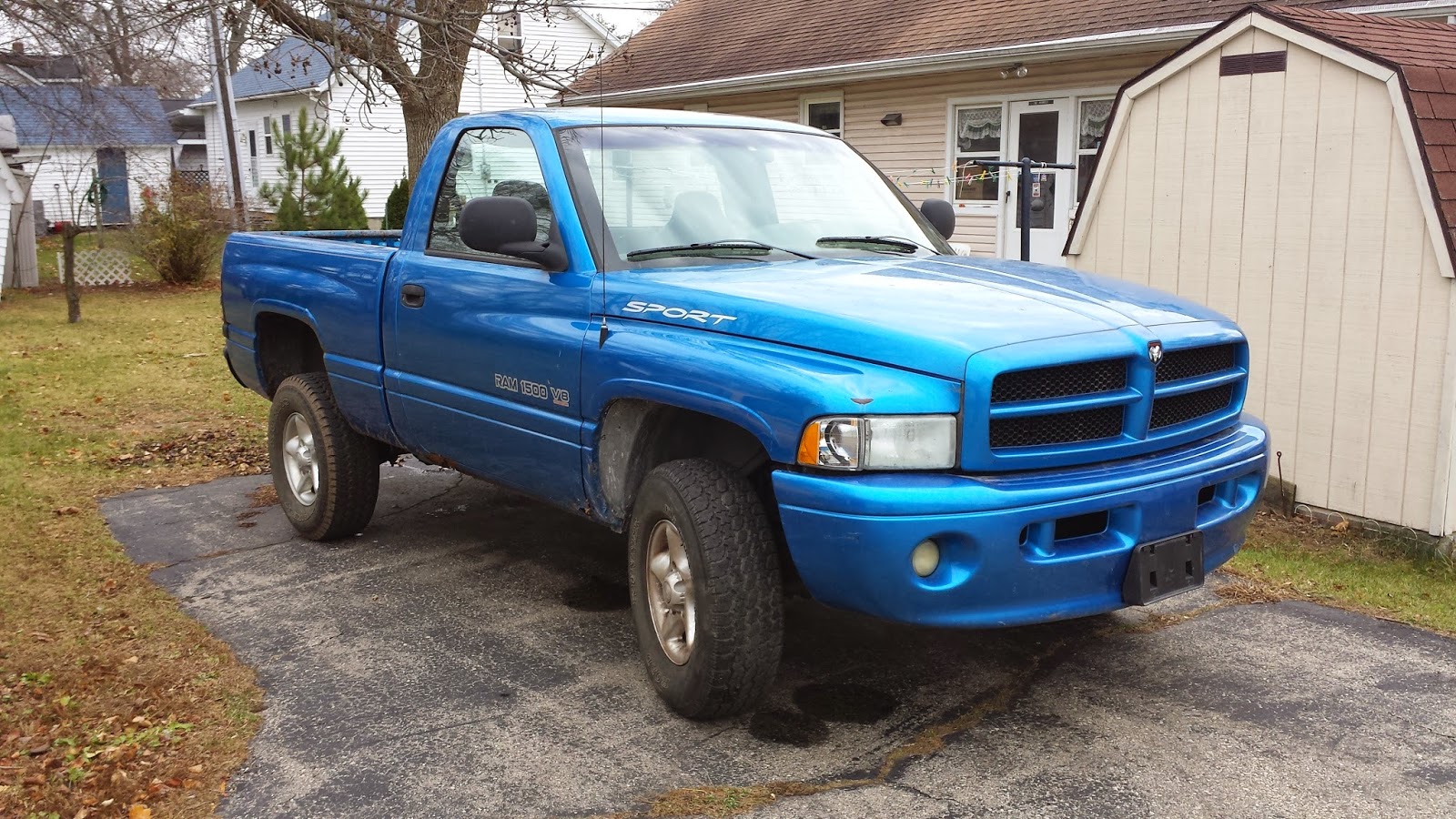 Purchase price was very reasonable so sticking some money into it to make sure it stays reliable isn't a problem. Friday I put a front wheel bearing in it to help keep it going straight down the road. I also added a speed sensor in the trans and an O2 sensor in the exhaust to get the check engine light to go away. 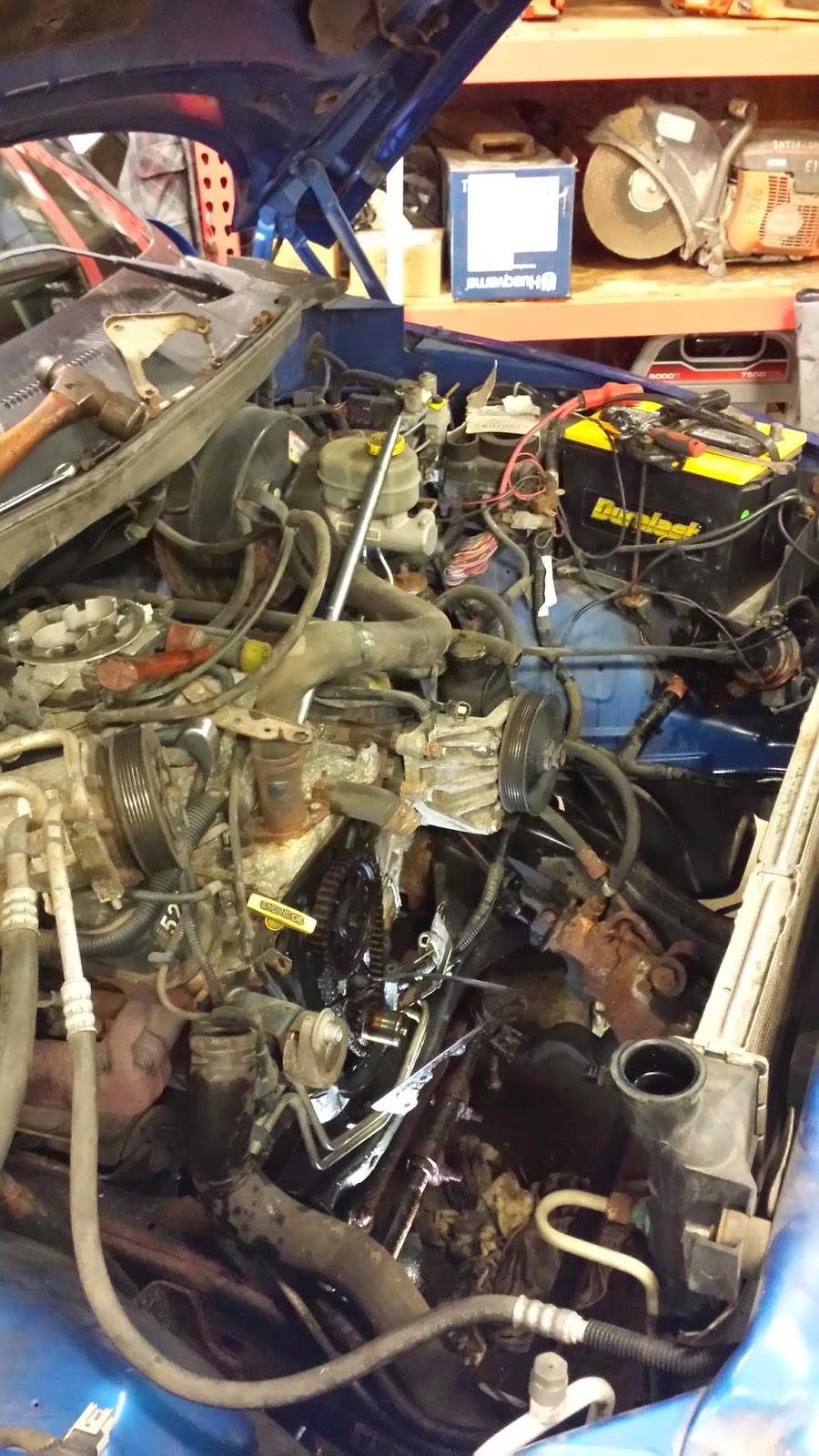 Yesterday I took the blue beast to the shop at work and spent the day under the hood. A whole lot of stuff had to come off the front of the engine to replace the timing chain cover gasket. It would have been a much easier job if bolts weren't breaking off as they were loosened. Luckily that happened after the store was closed and no customers were exposed to my verbal rampage.
The Dodge runs good and should serve me well.  "Why a pickup and not something smaller?",  you ask. Good question, thanks for asking. I'll be able to tow a trailer with this truck and I have plans to buy a small enclosed trailer for hauling bikes or moving kids belongings around. It should also do well getting me to work on unplowed roads early in the morning. There's something else. I had a lot of trucks when I was younger. At some point I got away from that and I miss it. Something just feels right about having a pickup truck even if it's just a half ton short box. It's a truck thing and those of you with trucks know exactly what I'm talking about.
Posted by Scott Seidl at 7:54 AM