A while back I started a project where I was putting a hydraulic broom on a John Deere tractor. I just got around to finishing this thing up. A big storm is coming and I've officially pushed this project off till the last minute. 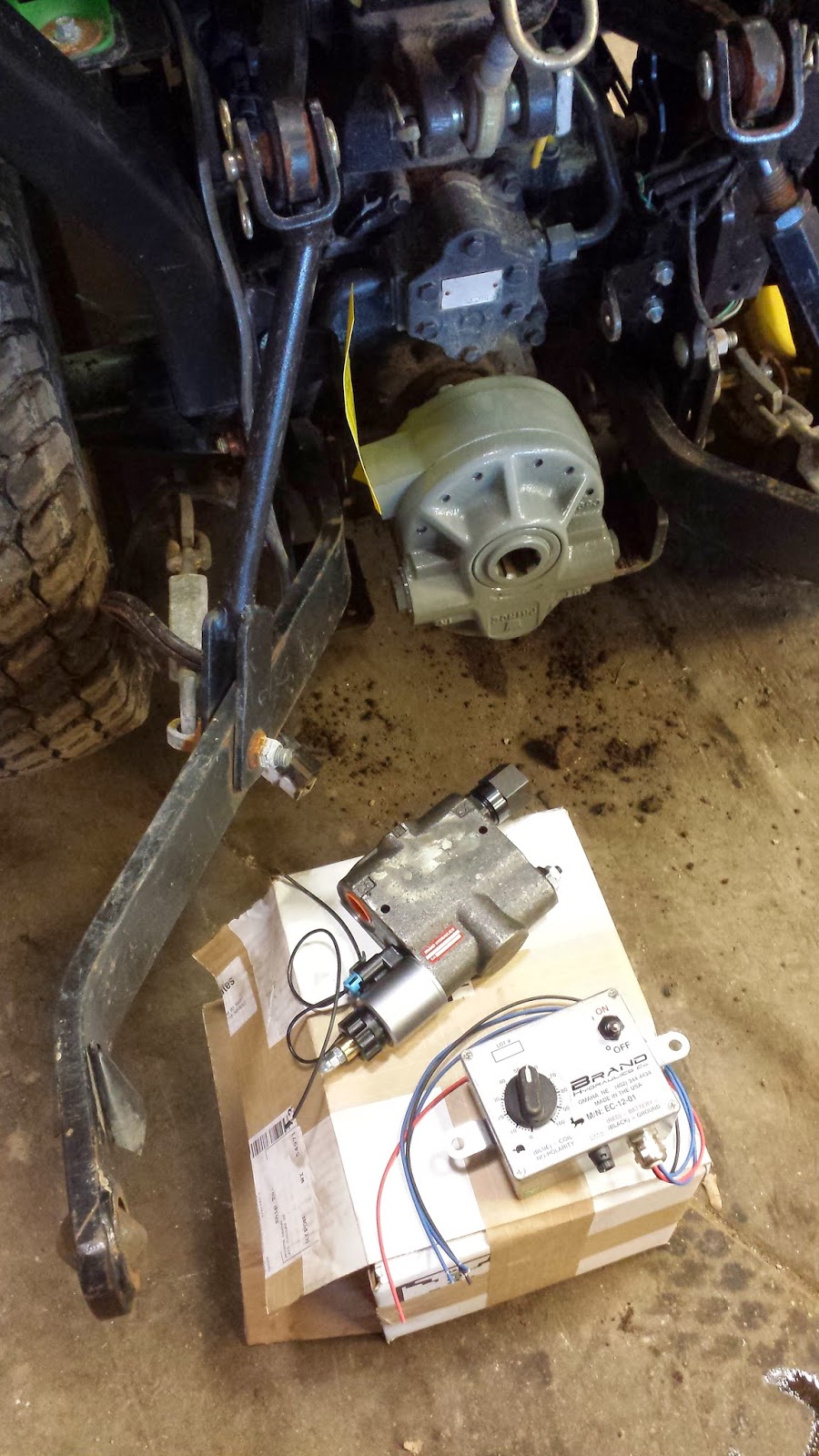 So at the back of the tractor we have a pto shaft with our new 12 gpm pump. Also shown is the flow control valve and electronic controller. This will allow us to speed up or slow down the broom without changing engine speed. 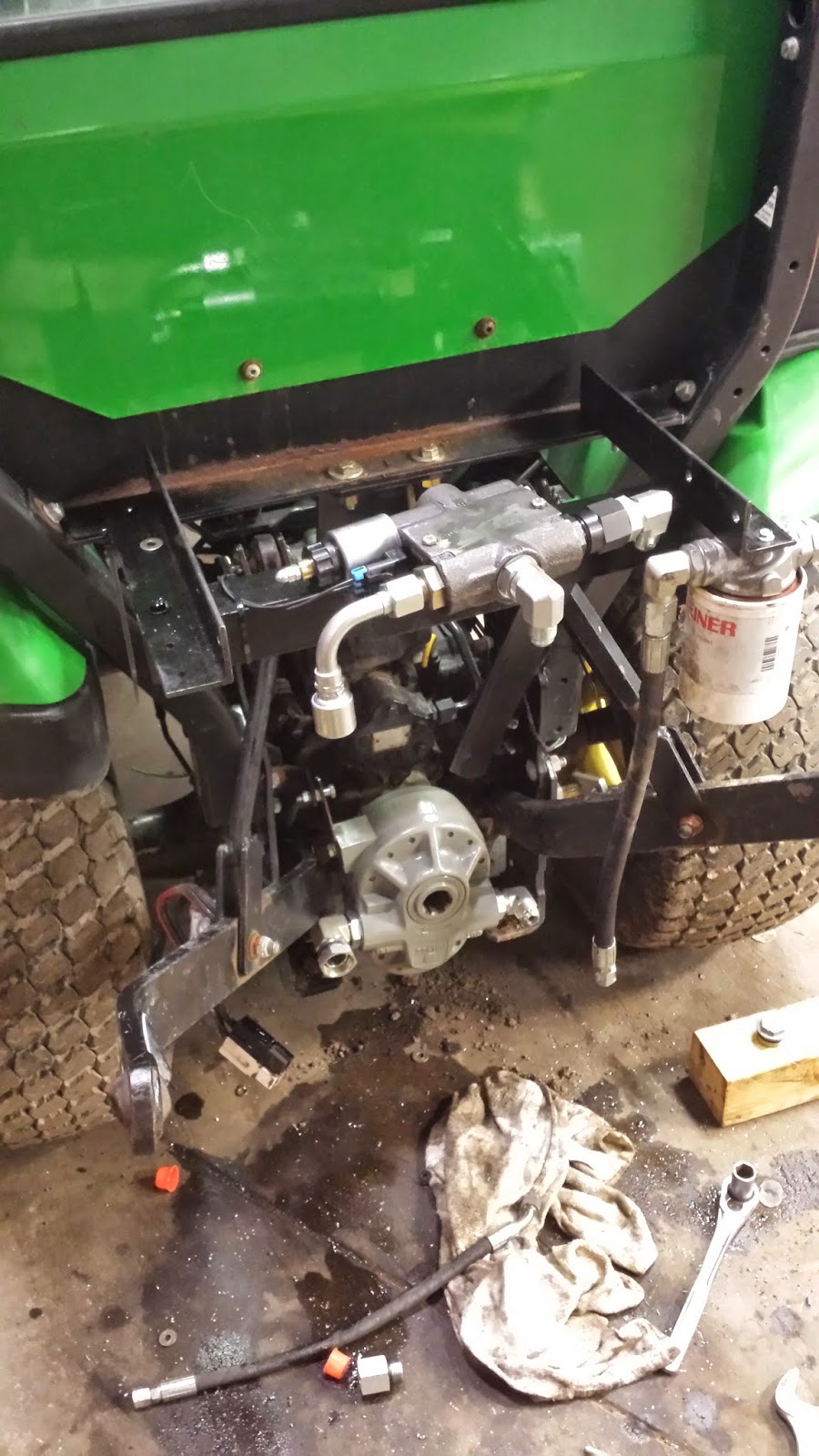 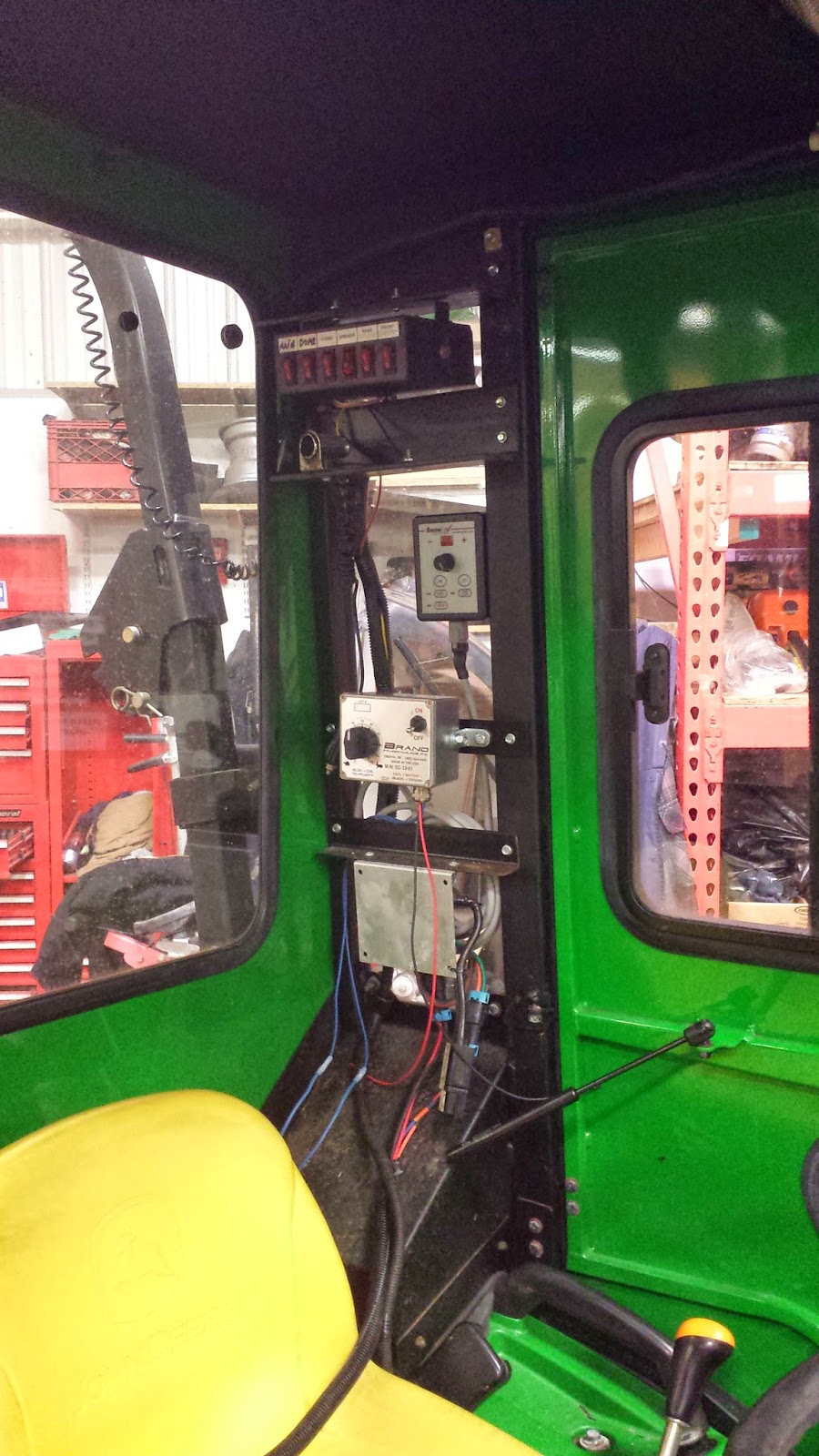 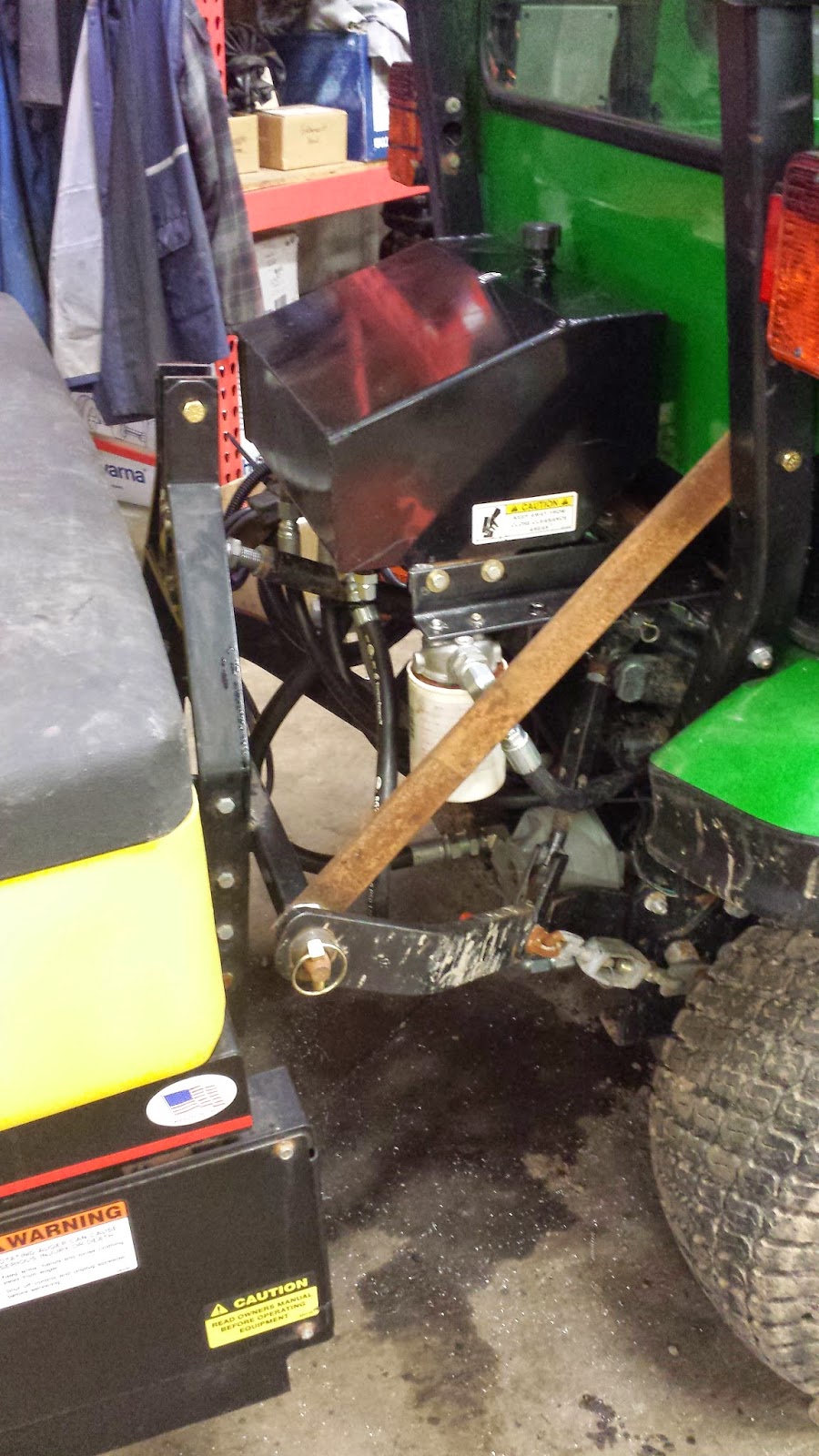 I guess I forgot to paint that rusty bracket.  The broom functions great! This is gonna be so much more reliable than the original john deere broom plus give us more control.

As long as I'm on the topic of snow and ice control, here's a pic of the new spreader I'll be running this year. 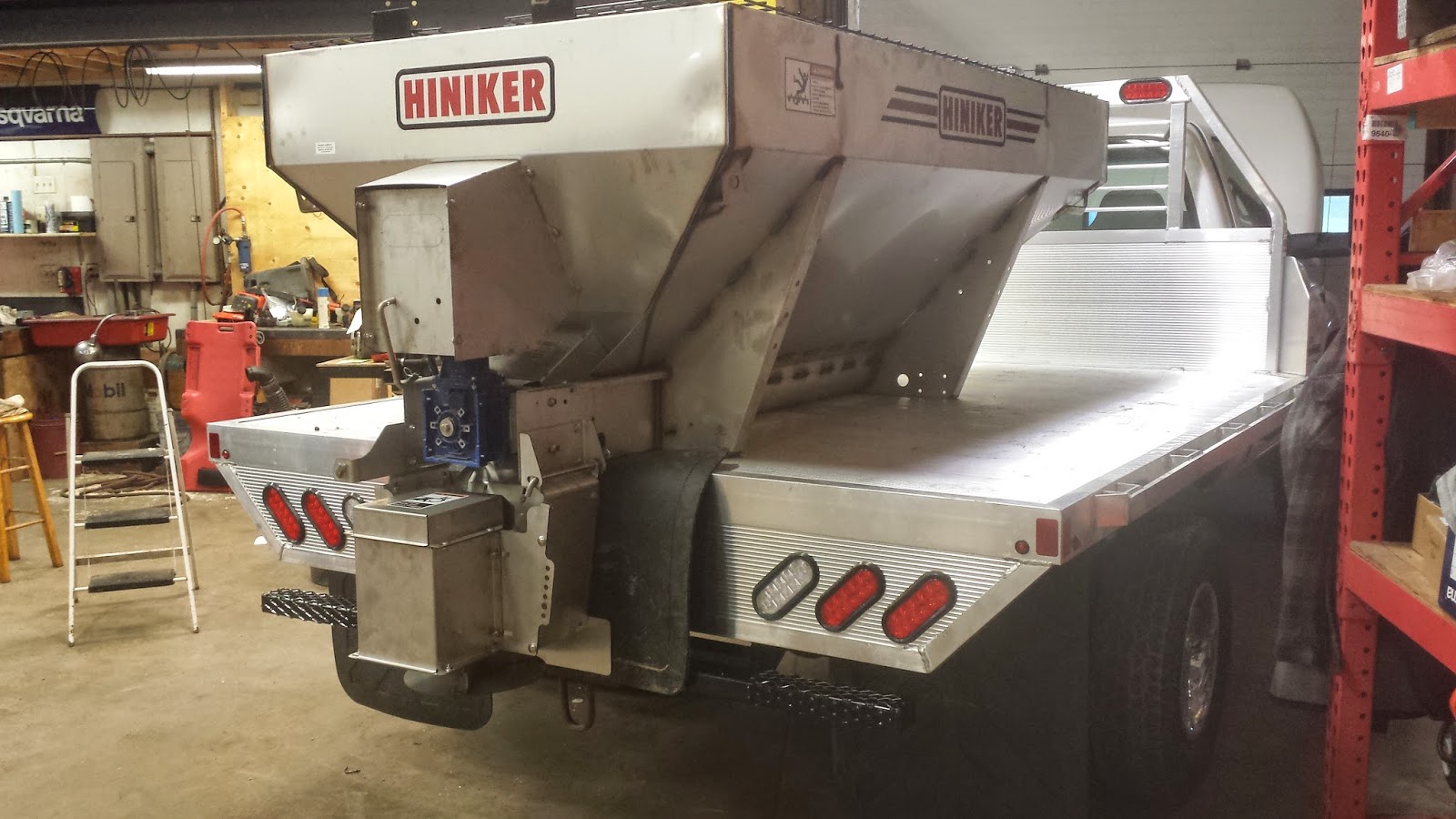 It has all stainless steel construction so rust isn't a concern. This unit uses an auger rather than a chain to move the material to the spinner. Same as last year this unit is electric. At first I was concerned an electric spreader would not be powerful or reliable enough for commercial use but I was wrong. These units offer individual control over auger feed speed and spinner speed. Whether you want to cover a large area or small, thick or light application, this unit has the perfect setting. I also like the fact that this spreader is sealed at the bottom unlike previous models. This will keep salt off the new aluminum bed and keep it looking decent.
It's pretty nice working for a snowplow dealer. Almost every year my plow and salter are sold as used and I get to start the season with the latest and greatest new gear.
Let it snow!