So the bike repairs have been slow. I got involved working on my budget pickup truck build. It needs a lot of work, some mechanical, some visual and some just to personalize it. 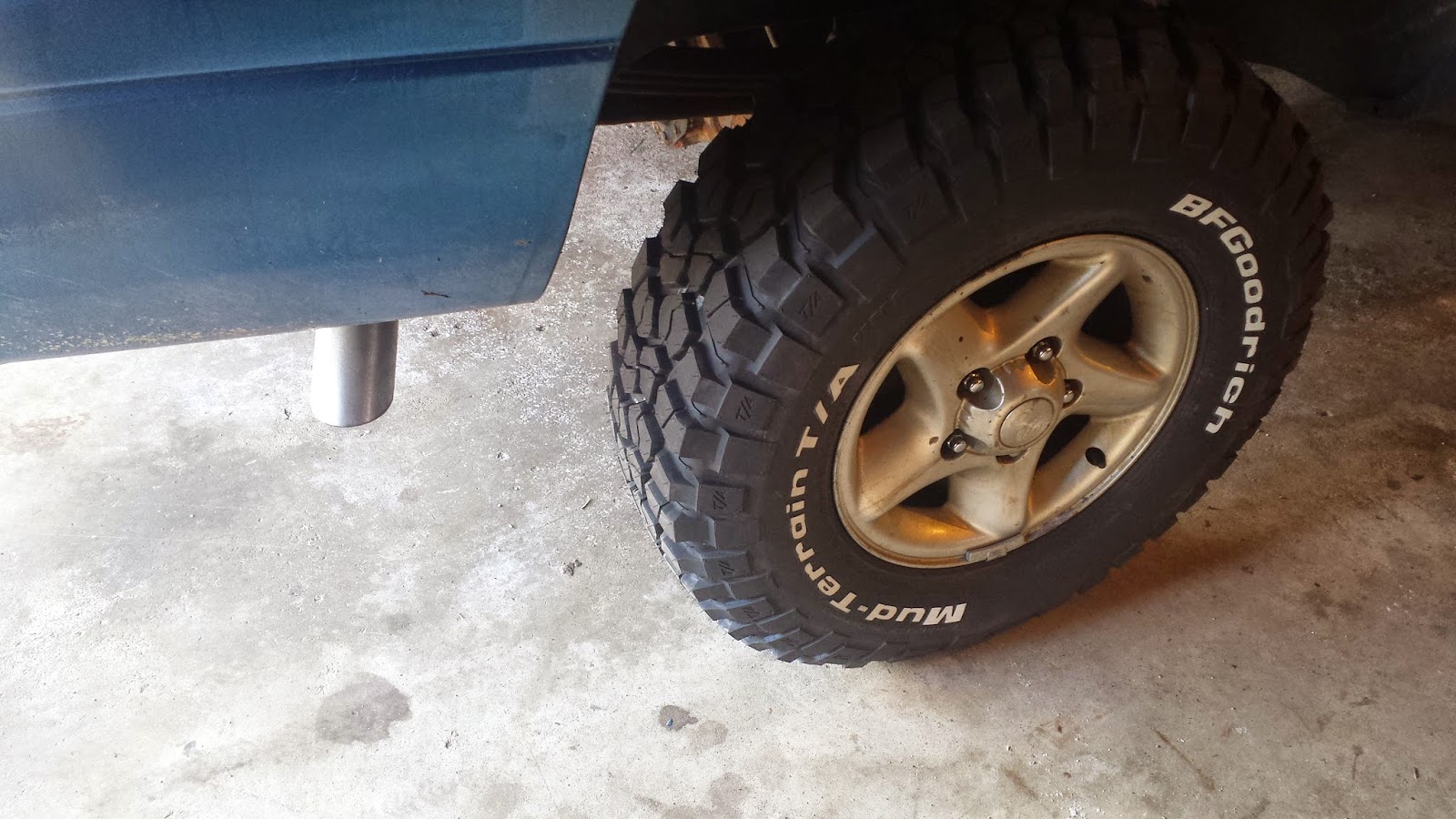 This last round of repairs involved meats and a muffler. The BFGs rock. In my opinion they transform a vehicle into a truck. Anything less and you might as well be driving a car. The truck got a "leveling kit". 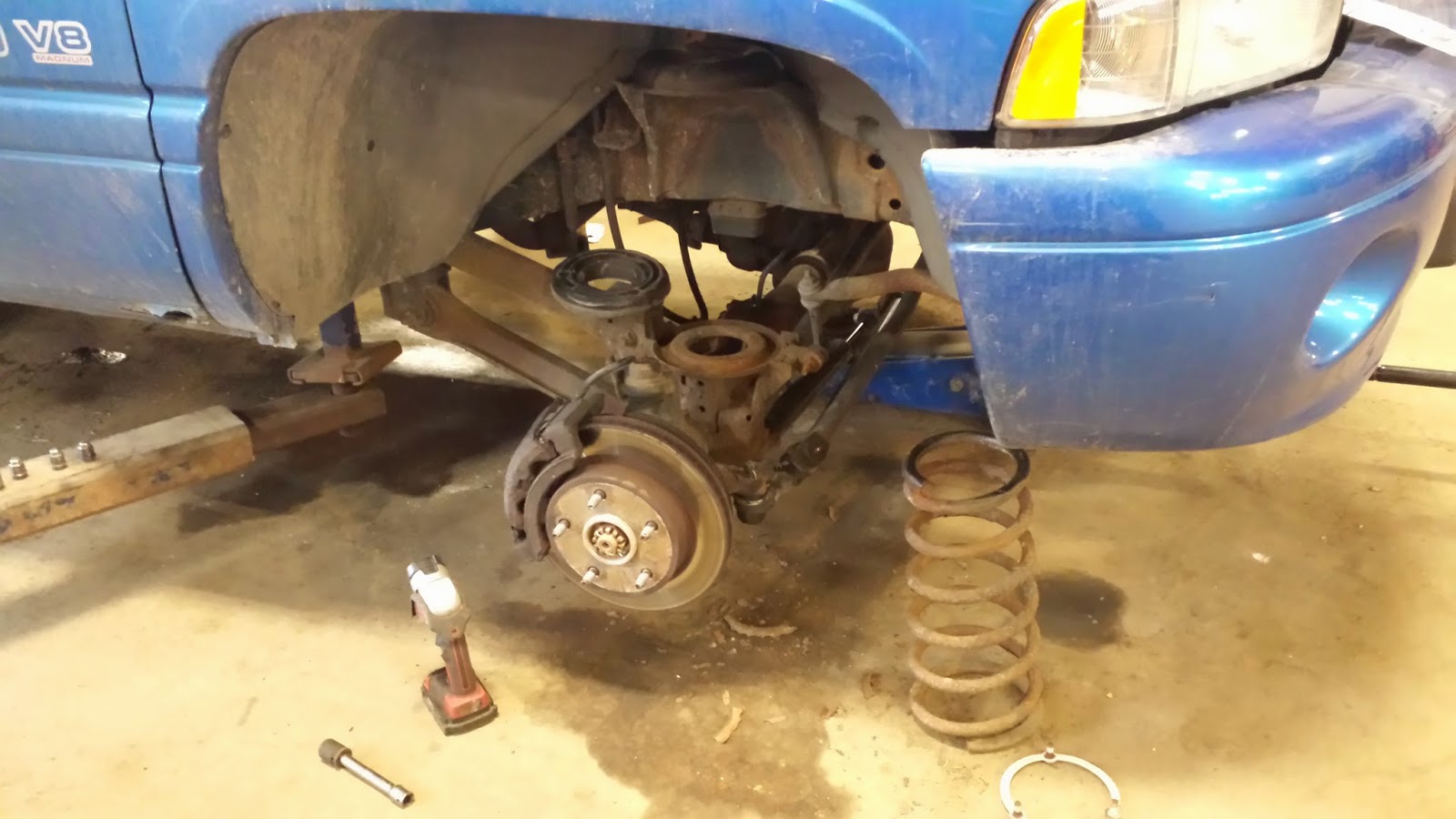 This gave me 2" in the rear and 2.5" in the front. It wasn't added because I need more ground clearance or wanted a certain look. It was added because I planned on replacing the rear axle and needed new u-bolts. I also wanted new nitro shocks. Buying this kit was cheaper than buying the parts individually and I feel the stance of the truck is a nice compromise between stock and too high to get in and out of without running boards.
I also replaced all the steering components under the front end. The stock components were worn and I didn't like the way it was engineered. Originally the drag link ran from the pitman arm to the passenger side wheel. The tie rod was connected to the drag link just shy of the wheel and then ran to the other wheel. This is what is called a "y" system. It seems stupid and allows for "bump steer". I used mostly components from a '98 one ton to create a "t" system where the tie rod runs wheel to wheel with the drag link connected to the top of the tie rod. The difference was immediately noticeable.
You also see in the first pic the tail pipe of a Flowmaster Force II cat back system. It mounted perfectly in the factory hangers. Thanks Greg for welding up the seams. The Force II is advertised as having moderate sound. I find it to have a nice low rumble at idle and mellow sound in town. On the hiway it doesn't seem very loud outside. In the cab you just realize there is something other than stock handling the exhaust chores. It's louder than stock without any annoying raaaaapppp. The muffler itself is heavy gauge welded steel and should last a long time. Exactly what I was hoping for.
Next week is supposed to be cool and wet. Maybe the week after I can start commuting on the bike again.
Posted by Scott Seidl at 9:04 AM