Last weekend I told you I was going to attend the Crud Run and I did. The day started out with everyone backing out of the ride due to the weather forecast. So be it. I enjoy riding alone anyway because I know the only complaining will be coming from me and I can control that by simply shutting up.
I took a route I've used before and saw some of the regular attractions. 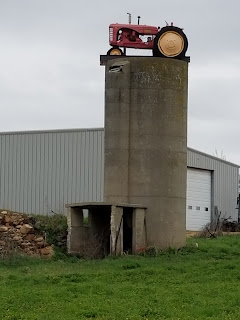 A little further down the road is a place where the Wisconsin River can be crossed by ferry. 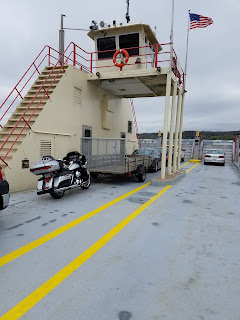 Despite the lack of sunshine there was a halfway decent turnout. 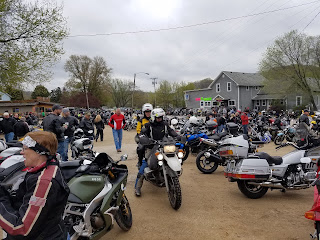 I watched the bikes come and go for a few hours and struck up a few conversations that didn't involve customers asking when their chainsaw would be ready for pickup or when their lawn was going to get fertilized. That was refreshing. 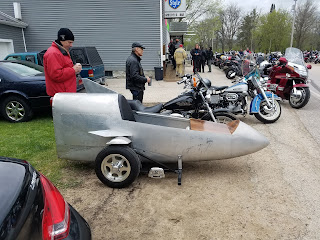 There was even a home built sidecar/space ship looking rig there! 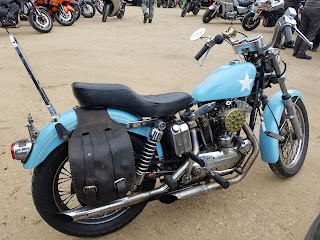 Here is a Confederate States of America theme bike. There are a lot of little clues you may not catch on this mount without a history lesson. I like the bikes that are put together with more passion than money. 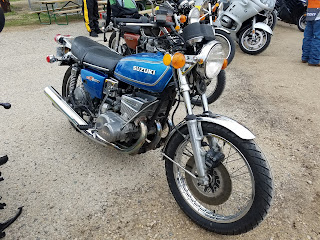 Even the two-strokes were well represented. Ya just don't see many ram air suzukis around but I saw two that day. There were also some yamaha and kawasaki ring-a-dings there.
So when I left I did a little exploring and found a couple fun roads. The Ultra is kinda a pig on these roads but this day was more about relaxing. Except for a sore jaw from my full face helmet, I had a great day!