It's been a while since I reported on the Rebel revival so here is your long awaited update. I talked about fixing the rear brakes and now was time to rebuild the front. 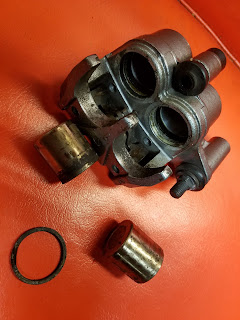 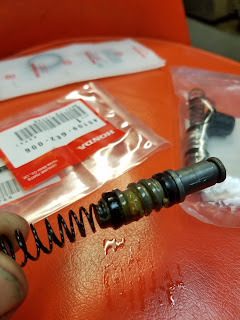 Everything cleaned up and went together fine and the air easily bled out of the system.
The next project was to trace down an electrical gremlin. The left rear turn signal wasn't working and the problem seemed intermittent. After about an hour of pissing around I determined the problem was in the bulb socket. The ground lug is crimped into the socket housing and in this case the crimp was loose. A spot of solder fixed that right up and the light now goes blinkity blink as it should. 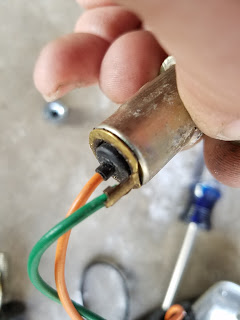 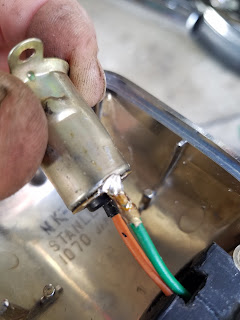 With the lighting cleaned up, the next step was to fire the bike up. The bike cranked without even a pop for about a minute before I realized the kill switch was engaged. After correcting that issue she fired right up. Unfortunately it leaks fuel and I had to order some gaskets. Those gaskets arrived in the mail yesterday and I'll put the carb back on the bike today.
That's about it. If the test ride goes ok, the next post you'll read about this bike will include some pics of me delivering it back to Brooke.