I don't think I mentioned in my last two posts that my wife is gone on vacation. She is in Gatlinburg enjoying some quiet time with friends and apparently some bears. It seems the bears are familiar with cabin visitors and have a few tricks for scavenging goodies. I'm told they even opened the door on one of the vehicles. My wife sent me a pic of one of the bears and it couldn't have been more than thirty feet from the porch she was standing on. No thanks.

Instead of bears I'm dealing with some pain in the ass cats. I wish a bear would come knock on my door. I'd feed him two felines. The cats miss the one person in the house who gave a crap about their existence and are stuck with me. Their whining annoys me and their pleas for attention often earn them a lead role in a game I like to call "launch the kitty". You can imagine the rules. I don't abuse these creatures, I just redirect them when they strut their smelly ass near my face. I am curious to see how they react when my wife gets home. Will they be happy to see her or ticked off she left? 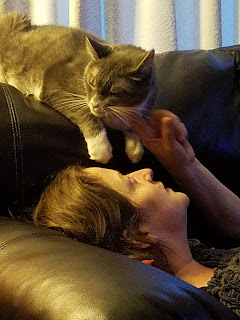 My daily routine hasn't changed much except I do spend more time in the garage tinkering with projects. I've eaten all the food in the freezer that was worth consuming and decided to get chinese take out last night. 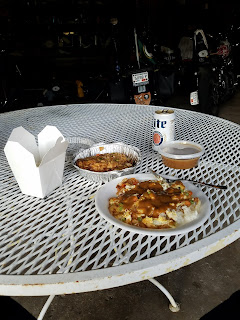 Eating in the garage seemed like a good idea. No cats to pester and three bikes to think about. The leftovers will carry me through one more day. 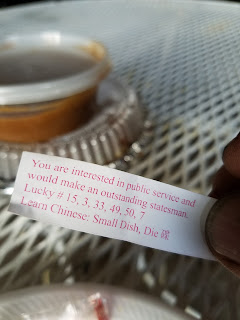 One stinkin fortune cookie and it was all wrong. After dinner I messed around with the Rat Turd a bit to see if there was anything wrong with the diaphragms in the cv carbs. 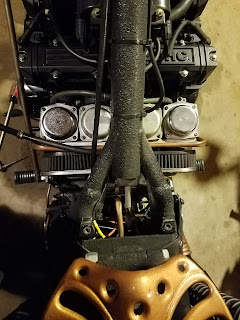 Three of them seem kinda brittle and I wonder if that's what I'm feeling when the power drops off at hiway speed. The screws are stripped on the cover for the fourth one and further investigation is required. Maybe a pin hole? This whole thing makes me want to ditch these carbs and build an intake manifold more suited to a rat bike. I'm still tossing the idea around.
Sunday is the bike and car show in Green Lake. Proceeds from the bike show support the local animal shelter. As you just read I'm not a big fan of cats but this shelter took my moms cat without any questions and I like to support them in any way I can. Go to the show, check out the bikes and help out the shelter. See you there.