Today's weather could well be described as gorgeous.  I don't know what the actual numbers were but it was the kind of weather that was comfortable at speed while wearing all the gear. After a cup of doughnut holes and some orange juice I set out with the gang for a ride. We started with a visit to a local bike shop then made our way to the BRP and stopped at the Pisgah Inn. The plan wasn't to eat there but the view was so nice that by the time we had enough, it was time to eat, and so we did. Where to ride to for food has kinda been the theme this year and we were even talking about dinner while chewing lunch. After chow we rode north on the parkway and stopped at all the ranger stations, visitor centers and a folk art center. We even took the time to watch a movie at one stop. It was nice and relaxing with no pressure or many idiot drivers unless you count one guy that tried and failed to back over BillT.
That's really all I have to report today. 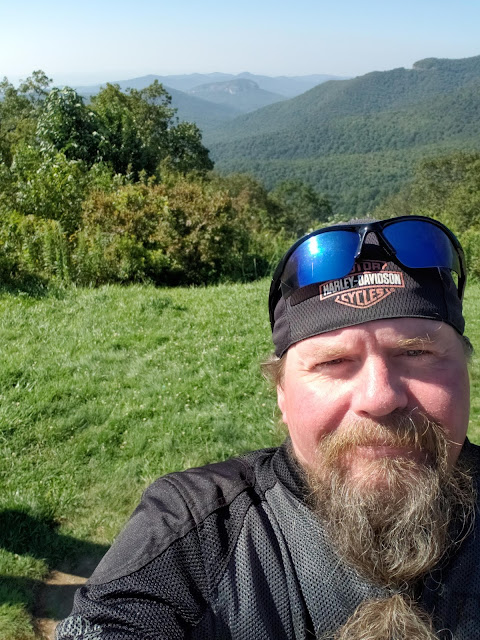