On Saturday I'll be leaving for a nine day bike vacation to the Smokie Mountains. I had a few things on the Ultra that needed attention including a new battery, new clutch and new front tire. The radio/nav system hadn't had an update in over a year so I went on the Harley web page and discovered it was due for the latest software. This is a simple matter of downloading the data and transferring it on a thumb drive to the bike. All went fine. Last night was the final piece of maintenance when I changed the tranny oil. I was happy to see nothing stuck to the drain plug magnet. 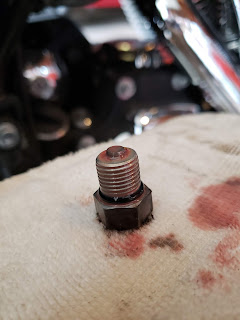 In years past I would be packed by now. I've found that just makes these last few work days drag out forever so I'm not gonna rush things. I also don't have a packing list made out. Thats not like me to wing it in this area. I usually take too much crap anyway so if I forget something maybe it will all even out.


Every day in my shop I walk past the tank for the sportster and think to myself that I need to get rolling on that project. Those thoughts inspired me to take some campfire pics so I could maybe practice up on my attempts to paint real fire. 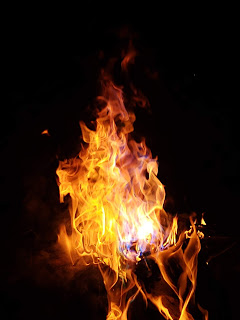 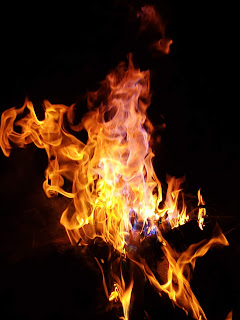 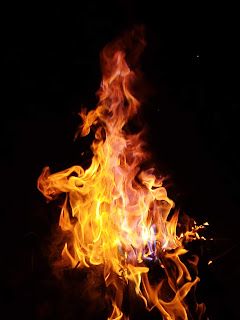 By the time the fire was burning the brewskies had left me less than steady but these turned out pretty good and should give me some material to study in developing a style for painting my own flames. The first thing I notice about them is that I can't make most of the outer shapes with the stencils I already have. The next thing I notice is there is a lot of stuff moving in all directions, not just vertical. I'll give it more thought when I get back from vacation.