You're not going to find any life changing words written in this blog. You won't even find anything inspirational. What you will find is an update on what I've been up to, some motorcycle content, a little technical jargon and my sad attempt at humor. Whatever, I enjoy writing it.
Every so often I talk to people about what's written here. The following are excerpts from posts that seem to have left the biggest impression. 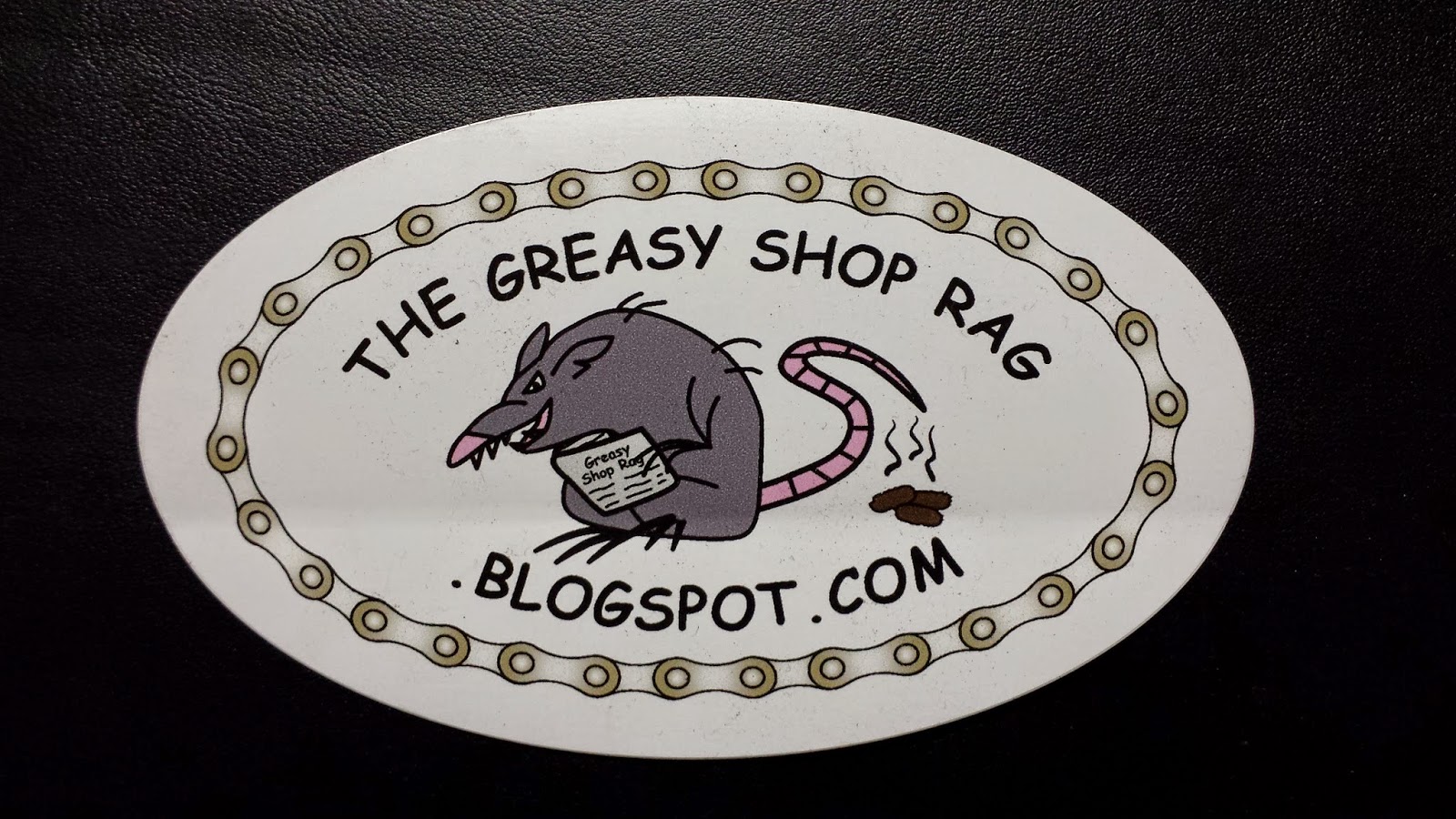 From Used Car posted June 8, 2014
The other day I arrived at a property and the lady saw me coming. She saw the truck and knew why I was there and also knew I was going to ask her to keep the dog off the lawn. She wisely took the dog out to do its business before I got started. The problem was the dog was a beast twice her size and was tugging her around the yard. When the dog finally stopped it dropped this huge mashed potato deuce. She attempted to pick it up with a small bag over her hand. That wasn't working and the dog was on the move again. When I finally got close enough to talk to her she had shit all over both hands, up her arm and all over the leash. "I'm dog-sitting, I'll keep him inside".
Yes Ma'am, have a nice day.

From Been Busy May 18, 2014
...She comes to the door wearing a motorcycle type vest with a pin of a bike on it. She is also holding a motorcycle helmet. We talk about he lawn and bash on the Trugreen fella that she fired. I finally ask her what she rides. She replies "a john deere 318".
A lot of things went through my head in a short period of time. Maybe she wears the helmet when she's cutting grass? Hey I don't know, I just met the old gal. Obviously her lawn is important to her to have answered the question that way while holding a helmet.
Ya ya, JD 318. Nice little mower. No I meant what do you ride when you are wearing the helmet? (please don't say the lawn mower. please don't say the lawn mower. please don't say the lawn mower.) She replies "honda silverwing".
I was relieved to hear that...

From Shitty Tools April 2, 2014
...I'm thinking "Really Bill. We were just outside but you decide to drop ass in the truck?!" Hey, maybe it wasn't Bill. Maybe it was the tool jockey. I don't know but its getting thick in here.
I didn't know it at the time but Bill was thinking that I was the one to foul the air in those close quarters.
We turn around and started looking at the tools on that side of the truck. One of those sweet puppies was just wandering away and then I noticed it. There was a fresh dog log neatly laid out on top of an air hammer...

From Excess baggage November 6, 2013
As far as size goes, I think I'll like it. From this point forward the side extensions will be referred as "pizza extensions". Thanks Frank!

Dumpster Diving  January 8, 2014
It seems a lot of people feel the same way I do about scrap.

From The Cold September 14, 2014
Well as far as rides go, this one was ok. There was no destination or goal, just me and the bike going nowhere. By the time I was ready to head toward home the sun was dropping below the tree line. Crap. I had an hour ride in front of me but only a few minutes of the suns warming rays.

From Man and Machine September 7, 2014
... Movement on the right! A deer enters my lane from that side. I react fast. Same reaction as last time. Squealing tire! Too heavy on the rear binder and locked the tire. The rear steps out a bit. Countersteering now. Slowing down fast. Ease off the pedal and steer left. The deer is next to me now as the bike straightens up. I can hear his hoof beat on the asphalt.  I notice now there are two deer in the road on my right. A dozen more just off the shoulder.

And finally from March 26, 2014 The stages of shop rags. It seems I'm not the only one with stupid guidelines about jeans and shop rags. I still hear guys yelling across the shop "Hey, what stage shop rag are you using on that?" Oddly I don't hear about as many people using shop rags as napkins. Oh well.

So there you have it. It's funny to me that a blog I thought was going to be mostly about fixing bikes gets the most feedback on work related topics or rides. Enjoy...or don't. I'll continue writing for another year whether anyone reads it or not.
Posted by Scott Seidl at 9:54 AM