Let me just say I don't get it. What is the fascination with walking dead and zombies and such? All I know on the topic is the hype I see on tv and online. It seems like a waste of time and thats my official position on the topic.
Next topic. The weather yesterday. Temps got up over 50 and I saw a lot of bikes on the road. I would have liked to get out and check out my GoPro helmet mount but I chose to do something else which brings me to the next topic. 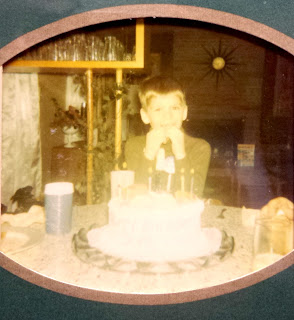 Yesterday was my birthday. As much as I hate the thought of getting older, my friends and family made it an enjoyable day despite the way it started. See, my truck dang near left me stranded at the bar friday night and I had to replace the starter before I could move on with other plans. As long as the truck was on the hoist I changed the oil and rotated the tires too. So, thanks to everyone that baked treats, bought beer, offered well wishes, gave me shit, took me out to eat and made me feel good. My brother Uncle Tommy slipped me a gift card for the tool store an I applied it to the purchase of this: 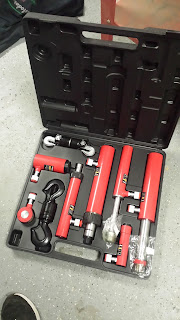 I have a 10 ton porta power kit and this is the "auto body" kit that goes with it. It has the smaller rams and also the pull (rather than push) rams and hooks. Schwing!
After the tool store my wife and I stopped at the Duluth Trading store where she offered to buy me some new pants if I promised to throw out an equal amount of worn out jeans once we got home. I agreed and still need to follow through with that. While we were there I wanted to sample the scents of their beard oil. I currently use Dirt. Lumberjack smells a lot like Dirt but not quite as good. Datenite is just too foofy. It stinks like perfume. The other one they offer is Leather but they didn't have one to sample so I'll just have to stick with Dirt which pretty much agrees with my personality anyway.
Later.
Posted by Scott Seidl at 7:56 AM