I was able to put a few miles on the Ultra this weekend. Even took my wife for her first ride of the season. Even though the sun was shining, it was a bit cool. She wore a heated vest and I had the heated grips turned on. Take it or leave it, that's really the only motorcycle news I have to offer.

I was thumbing through the pics in my phone cleaning out the garbage when I wondered how many of these pics were of a positive nature and how many were negative. I guess it was a pretty even mix. Turns out I use the phone a lot as a tool to record work related events. Take a pic rather than look for pen and paper to make a note. A lot of those "notes" are records of why a customers equipment is broken. 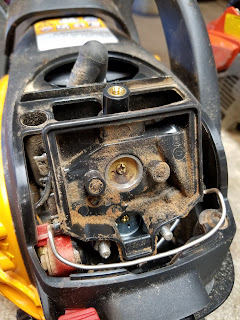 Ya the air filter wasn't doing much on this saw. If I remember right it was just sitting there not clamped in. There were about ten different dirty intake pics in there. A lot of people have no clue and if it starts next time they need it well then thats just bonus.
Sometimes things go as planned and it just seems like a good idea to record the moment. 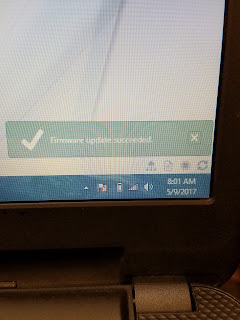 Other times I'm not so sure if what I'm experiencing is good or bad so I take a pic so I can decide later. This one is just fun... 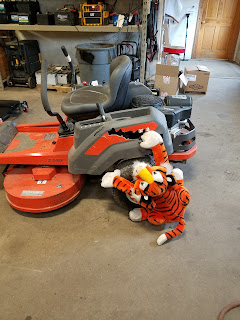 And this one I'm still not sure about... 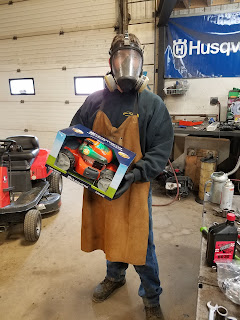 Other times a short video is needed. They were gonna throw this guy in the garbage so I adopted him and stuck him on my bench, I still don't know who added the doinker on him. The footage is shaky because I'm laughing so hard. Ya I know but grade school humor is the best.