My driveway at home isn't very big but seems like a super hiway compared to some of the roads I was on today. I must have my GPS preferences set to "goat trail" because if a vehicle had been coming from the other direction we'd have had problems. The goat trail was to lead me to US129, home of the "Dragon", a road that boasts 318 turns in 11 miles. You don't know when your turning onto 129 because people have stolen all the signs for their man caves. I just followed all the bare sign posts.
I've lost interest in this tourist trap. It used to be a relatively unknown stretch of sharp turns and has become a highly policed spectacle of accidents. Today I found out it takes six rescue workers to pull a gurney containing one squid up the mountain . Later I followed a car that couldn't seem to keep it on his side of the double yellow in the turns. The rest of my ride to Maggie Valley used to be relatively cop-free. Today I saw eight. Maybe the high volume of people in the area for eclipse viewing has something to do with it.
Tonight Dan, Frank and myself went to dinner across the street. Good thing it was within walking distance because they turned me in to some really tasty beer I'd never had before. I may have to go back tomorrow for more.
Later. 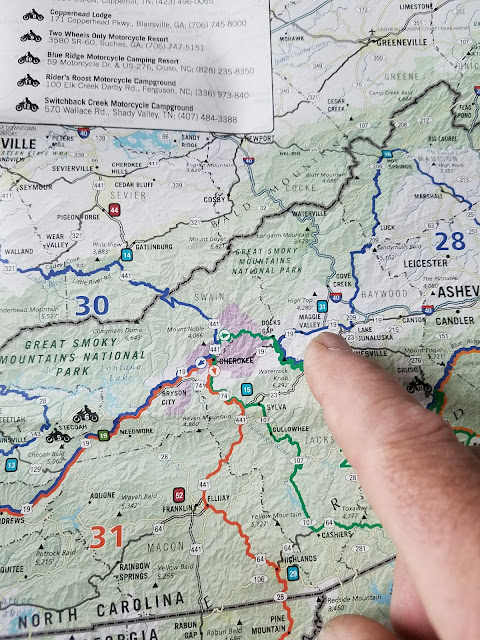