Thats "active fuel management", a term used to describe an engine system that deactivates cylinders under light load. In my GM Yukon 5.3 V8 that means it will become a V4 under light load. Well, its still a V8 but it will only run on 4 cylinders till the demand is there for more power. It all sounds so wonderful, right? The problem is that many of these engines develop valve, piston ring, lifter and cam lobe problems. Many of them also consume a lot of oil. As I understand it, when the system is in V4 mode, some oil is bypassed through a relief valve and sprayed onto the deactivated cylinders walls and pistons to help cool the engine. This can eventually lead to higher oil consumption. 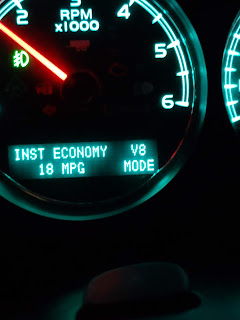 I started to worry about having these problems and I was experiencing high oil consumption.  I did a little research and found the best thing to try to do now is bypass the V4 function. I bought a little gizmo made by Range Technologies that just plugs into the OBD connector. Through the black magic of electronics, the thing tells my motor not to slip into V4 mode.


The whole point of Active Fuel Management is to gain fuel economy. I think GM claims something like 5-12% depending on the vehicle. Since adding the V4 delete I've calculated my mileage and its dropped from a high average of 17.7 to a steady average of 17 mpg. 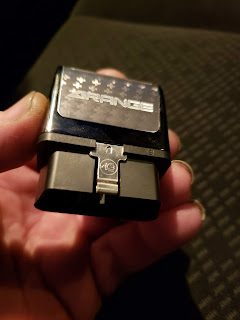 Now dropping from 17.7 to 17 isn't a concern. If it were I'd be driving something a lot smaller than a Yukon XL. What was a concern was that high oil consumption. It seemed directly related to how much hiway use I had, meaning more V4 use. Two weeks with a lot of hiway miles used almost a quart each week. Now with the little gizmo plugged in I'm seeing more like a half quart every two weeks. Ya that still sucks but it is a definite improvement. I should note that some of that oil is dripping from a valve cover leak and not all being burned. 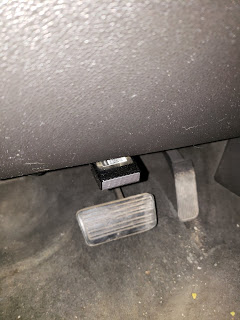 So I guess the point of this post is to give The Greasy Shop Rag stamp of approval to the Range Technology AFM delete module. If you're experiencing the kind of issues I was then it may be worth the $100-$150 investment. As always, your mileage may vary.

Email ThisBlogThis!Share to TwitterShare to FacebookShare to Pinterest
Labels: stamp of approval