A few months back I was used truck shopping when I decided it was time to find some grub. The closest eat em up joint to where my stomach growl originated was an Arbys. I had never eaten at an Arbys restaurant and I was alone so what the heck, I pulled in.
First timers at the ordering counter are easy to pick out and I'm sure I looked like a new recruit stepping off the bus at army basic training. Do I order a samich, side and drink separately or do they have some kind of bundle deal? And what about sides? To me it looked like there were two choices. Curly fries or no side. Lucky for me the dude at the counter was willing to help. "I'm thinking French Dip". "Bro, like thats cool" he said and then walked me through the rest of the menu choices, which was basically just curly fries. I was handed a big ass cup and walked over to the fountain to tap myself a lemonade. After placing the cup under the discharge I pushed the button to start the flow of that sweet lemon flavored nectar. 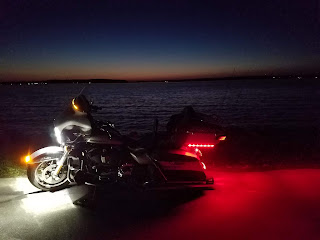 I'm a gearhead. I look at everything from a viewpoint of wondering how it works. If I don't know then I get curious and start investigating, or at least speculating what makes it tick. When I pushed the button to start the flow of lemonade, it kept coming out after I lifted from the button. I knew something was wrong. There is no sensor to weigh the cup or scan the fluid level. I doubt there was a timer because it doesn't know the cup size. I was sure the button was stuck and pushed it a few more times to try to stop it but the juice just kept flowing. This cup was surely gonna runneth over. It was a big cup and I had a lot of time to work this out in my head. I didn't see a camera crew anywhere so I was pretty sure this wasn't a prank. Screw it. I'm new here and will probably never return.
Its not often I get a legitimate excuse to be a ham so when this opportunity arose, I took it. "Runaway lemonade!, Runaway lemonade!, We've got runaway lemonade here!" I spoke those words in a loud enough voice that I was sure everyone in the building heard it. The staff behind the counter was taken off guard and quite a bit of lemonade and ice cubes ran over the lip of the cup, filling the spill tray and beginning to overflow that, before anyone came out to investigate. Bro just shook his head in disgust and said "not cool dude, push the button". I explained that I had tried that already and when I pushed the button again to prove that it was stuck, it stopped the flow. Bro said "Duuuuude". Some kid came out with a mop to clean up the spill while I hung my head in shame. Not because I made a mess or was embarrassed but because I let that machine beat me.
I spent the next minutes wolfing down a french dip while the staff pointed and giggled at me, which by the way isn't unusual, its just that this time I knew why.