Friday night and I had a few hours to kill. My wife was working from home so I figured I might as well go for a bike ride. I've been going on evening rides a lot lately and wanted to choose a new direction with new scenery. I don't plan out much more than a starting direction and just fill in the rest as I go. Thats the best way to go for a ride, don't you think?
As I wandered closer to Fox Lake I decided it would be ok to stop at the drive in for an ice cream cone. 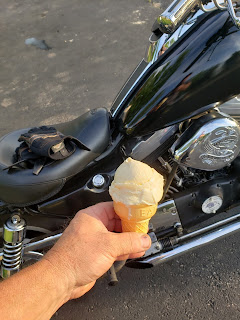 The sign out front says they've been around 85 years. Dang. 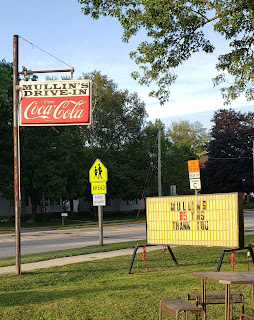 I kinda walked around the sporty while slurpin down that cone. I really like this bike right now. Its running pretty good and the looks appeal to me. Its just the right bike for an evening cool down ride after a hot day. The down side is eating bugs but thats all part of the experience I guess. I got less than half way through the treat before it became an unmanageable sticky mess and got tossed it in the garbage can. Thats ok, I think the idea of stopping for a cone was stronger than the desire to eat one. 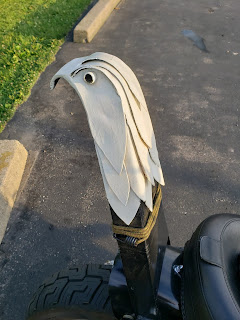 I was about 20ish miles from home and wasn't ready to head right back so I continued on to Waupun, Brandon, Fairwater and then to the inlet at Green Lake. Sometimes you can get some nice sunset pics here and a few clouds reduced the suns glare enough for some decent shots. 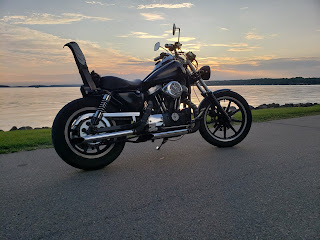 I didn't really notice much in the background and kept clicking away. 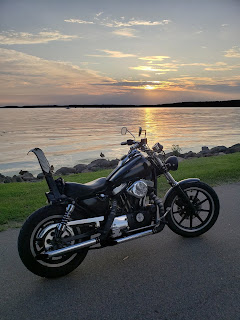 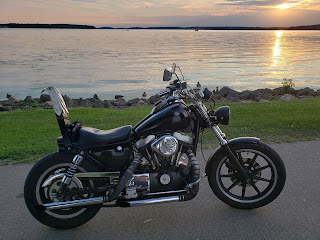 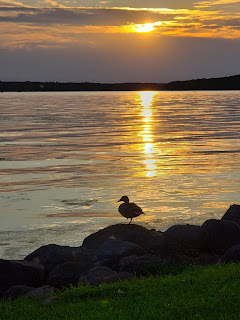 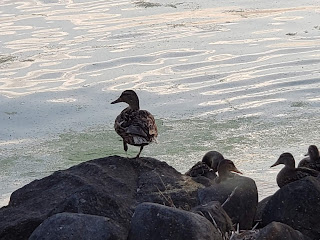 Hey look at that. Isn't that just ducky! I don't know why this one was just standing on one leg. Kinda looks like hes gonna crank out a fart and doesn't care who notices. Thats the way I do it anyway.  I was there fifteen minutes and he never put that leg down. In fact I'm not even sure he has a full leg on that side. Could it be a nasty crayfish accident? Maybe he was caught kicking sand on other ducks and they fixed him good, or possibly he was behind on a minnow payment and a loan shark took an oar to his leg. I wonder if he now just spins in circles when he tries to swim. Oh well, I got bored with the wild life and headed home. In the end I put on seventy two miles. Not bad for an impromptu ice cream run.